OVERACT SHOW – ACTORS SKILL GAME
Two or three actors will be given a short movie clip (For Example)  with  the roles  assigned.

On the scheduled day, the actors will get together online and at first they will act out their roles as in the clip, but after that they will improvise. The more colorful acting the better but profanity and discriminatory language is not allowed. The performance will be judged by other actors.

This is not a paid gig, but you can share the clip with you fans and friends. 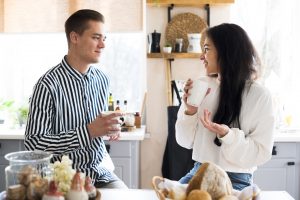